To Kiss Earth Goodbye, Teleplasmiste’s second full album, sees their sound-vision expanding and deepening, phantasmally and fantastically, opening onto thrilling new vistas of euphoria. The music is informed by a deep awareness and respect for prior esoteric traditions and counterculture currents, but forges a new and fertile synthesis very much its own.

The mesmerising cover art is by spirit painter and medium Ethel Le Rossignol, whose 1933 book of spiritualist teachings lends its name to the album’s second track: ‘A Goodly Company’. Another composition, ‘An Unexpected Visit’, incorporates a previously unheard trance recording of occultist Alex Sanders (aka the UK’s “King of the Witches”), made by Sanders himself in the 1980s.

The LP comes as 180 gram, in two colours, turquoise transparent (limited 250 copies) and classic black, a thick (350gsm) card stock with matte varnish. It has a printed inner sleeve and an additional card with a text written by Stephen Thrower. 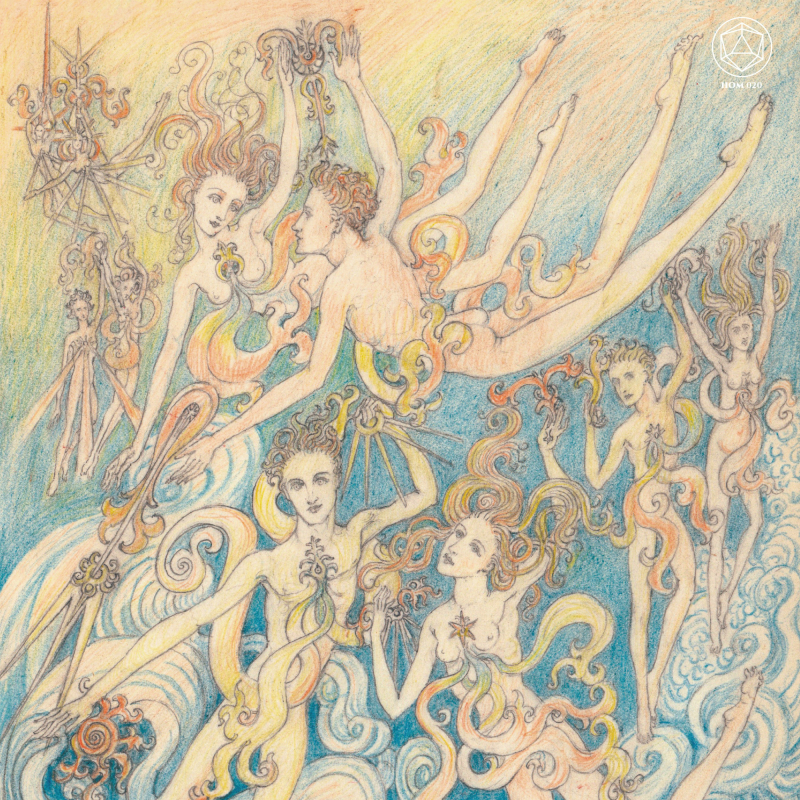