¬You might see it in the stars or the root of a tree. It can be the flickering fluorescent light in the corner of a room or dew settling on a leaf in the early morning hours.

It is overwhelming, yet barely there.

Terminalia Amazonia, the new, subdued and momentous instalment of Zu, is the sound of a long, slow journey in pursuit of a moment. For the past four years the band’s members have regularly visited an undisclosed indigenous village on the Ucayali River close to the border between Peru and Brazil. They’ve immersed themselves in the local Shipibo-Conibo culture’s ancient knowledge, teachings and rituals, some of which stretch back millennia.

“What you hear on Terminalia Amazonia is the integration of worlds: the ancient shamanic songs of the Shipibo-Conibo tradition and our own search for sound and frequencies,” says Massimo Pupillo. The heart of the Shipibo-Conibo culture is rooted in their spiritual, physical, and cultural relationship to the Amazonian rainforest, and Zu’s work started as a series of nightly field recordings of the culture’s ceremonial healing songs, known as Icaros.

Five minutes into this 72-minute album, the listener will sense, intuitively, where it is coming from. Its tone and pace are those of human breath, vital, vulnerable, slowly revealing a lush, humid space that is sacred to the few who have journeyed there.
Playing only vintage analogue synthesizers (EMS Synthi, OSCar, Roland System-100M, ARP 2600, Octave-Plateau Voyetra-8), Zu project dense, spectral layers of sound through damp rainforest atmosphere, weaving through sheltered gulleys and out into open glades, mottled with streaks of scattered light. Spontaneous and elaborate, grounded and transformative, the sound conveys its shamanic intent, so immersing the listeners in the present moment that their surroundings will melt away.

“In the Amazonian tradition nature and man are not separated,” Pupillo says when describing the ceremonies they attended. “The Shipibo medicine men address the Noya Rao, a master plant. It is a tree considered a true teacher, and they sing their devotional songs to the powers of this and other plants, of the earth and of the stars. For them, the chants create a connection with a world beyond the visible one, a world of spirits.”

As I listen, I can’t help but to think of the threats that the Shipibo and their ancestral territories are now facing: the extensive fields of ash and cinders, eating their way into the green-leafed world. The advancing deforestation, oil spills and contamination of their rivers and waterways.

The Inca Empire never conquered the Shipibo and they resisted colonization by the Spanish priests who appeared in the rainforest over four centuries ago. But the forces of global economy have left the villages on the Ucayali River more vulnerable than ever before. In this, Terminalia Amazonia hides a secret sadness.

Still, Pupillo emphasizes that this is not an anthropological, ethnographical, or even a political project. First and foremost, Terminalia Amazonia presents a personal story of descent and ascent, the burden of dreams and the need for new discoveries: “it contains a subjective narrative, shaped within our own Western, Mediterranean consciousness. There has been enough appropriation and exploitation of Shipibo culture by outsiders and we don't want to add to that. We don't want to wear another people's clothes. The band is Italian and our psyche is and will always be rooted in Mediterranean mythology. The descent and the way back to the surface will for us always be connected to Demeter and Persephone, the Eleusinian mysteries that shaped the form known as tragedy,” he says.

Tragos, the goat, will always be at the door.

By entering this ancient space, Zu have found a place to mourn the past and nurture the ability to welcome the change that inevitably accompanies the future. It took time for them to return, because to be lost is also to be fully present, and to be comfortable living with uncertainty and mystery. “This is music made by four people who grew up together and have stood next to each other for what is now a lifetime,” says Pupillo. “It is the result of a deeper connection, going beyond our experiences as a band. In a sense it is about survival.” Yes, perhaps that is what Terminalia Amazonia is all about.

It is overwhelming, yet barely there. 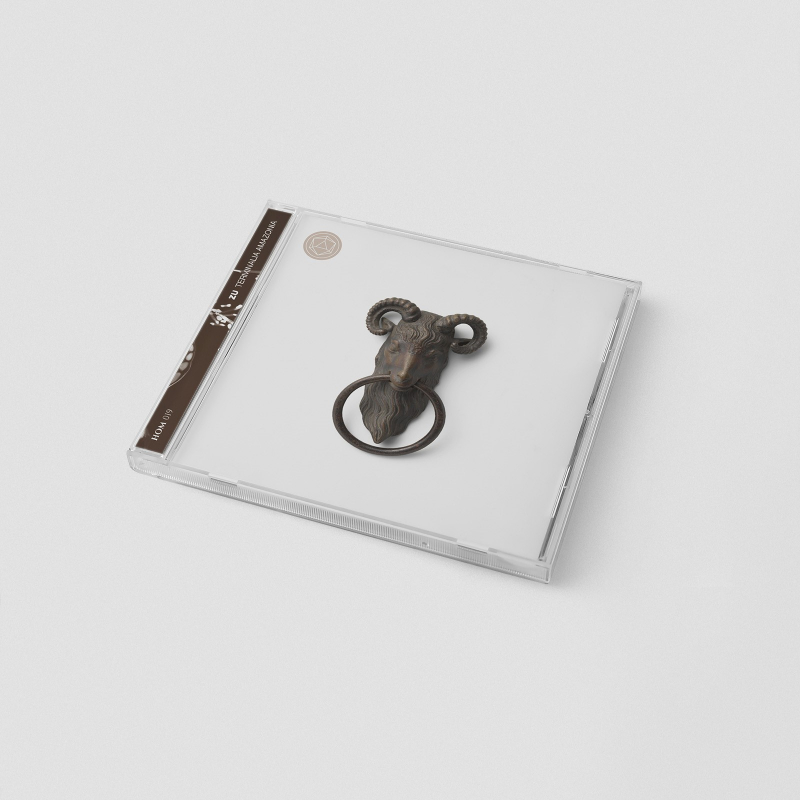